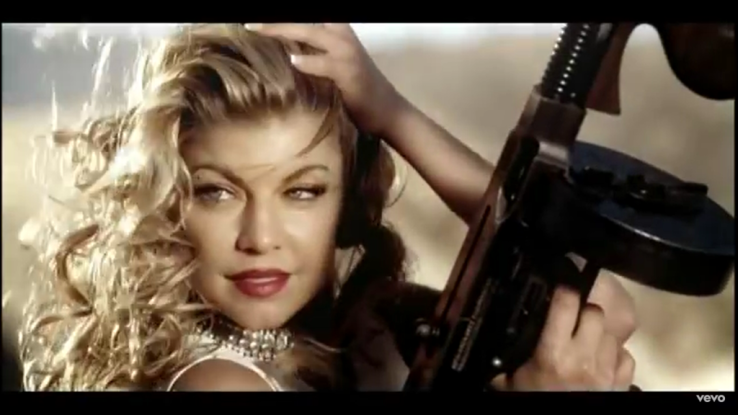 Like the best things in life Glamorous is actually so hard to find words for: a thing that can and should only really stand for itself, like a face, sound, or smell that causes one to suddenly take notice and then before it can answer back to what are you?, is gone forever. Anyone who tries will open themselves up to hyperbole or groan-inducing impressionism (apt to be fair given the inherently fleeting, sentimental quality of said sounds, smells, visions) so bear with me. The opening synth-strings are a house or trance track arrested and doomed to never begin, and following them through Glamorous is to watch only the water from the window of a plane; the sky’s burned it the colours of fire and so we gaze upon it and disappear into our heads, knowing that beneath the reflected warmth of this ocean fireplace is an unfathomable expanse of cold dark miseries, so we shudder and disappear again knowing that getting too close is dangerous. That’s one trip we can take as listeners, Fergie puts us in the plane with her, so another perspective might be watching the clouds dyed sunset peach, imagining whole cities and lifeforms and languages, but then feeling oneself slipping through them into that cold fiery ocean thousands of feet below. The fall’s inevitable but it’s not as exciting as that sounds, it’s just that every night spent indoors when it’s raining outside has its comfort predicated on the fact that it’s another story on the other side of the window.

The rest of the song bubbles where those drones soothe and shudder, but even then the song’s verbal and aural semantics are complicated because of course they are: a year later Yeezy made a whole album out of the ambivalence of fame (which more or less started a genre), but Fergie’s melancholy comes draped in gold where Ye’s bites back cold- if you ain’t got no money take your broke ass home launches Fergie’s place in the song, but verse by verse she undermines the sentiment, only opening up at the end with this malevolent father-figure trying to instill in her a sense of socio-economic Darwinism. It would be enough to have opposing words, but in the song’s final showdown Polow da Don barks lines with the blind aggression of an abusive stepfather and Fergie, now in the same room as this person, loses the ability to answer back: my daddy told me so, he let his daughter know.

Nothing’s ever resolved- she tries out a similar existential reassertion to J.Lo in Jenny on the Block, and even makes gestures to enjoying what she’s made for herself. The problem for Fergie is she knows J.Lo never made it back to the garden- she’s left pining for the impossible. And in the way of adapting, Fergie recognises that others don’t have it as good as she does, but there’s the specter of that father figure yelling his mantra and throwing fists every time she watches the bubbles rise in her champagne glass. We get the sense that whatever happens, whatever she lets us see, it’s all in past tense.